The Story of Whitaker Lodge 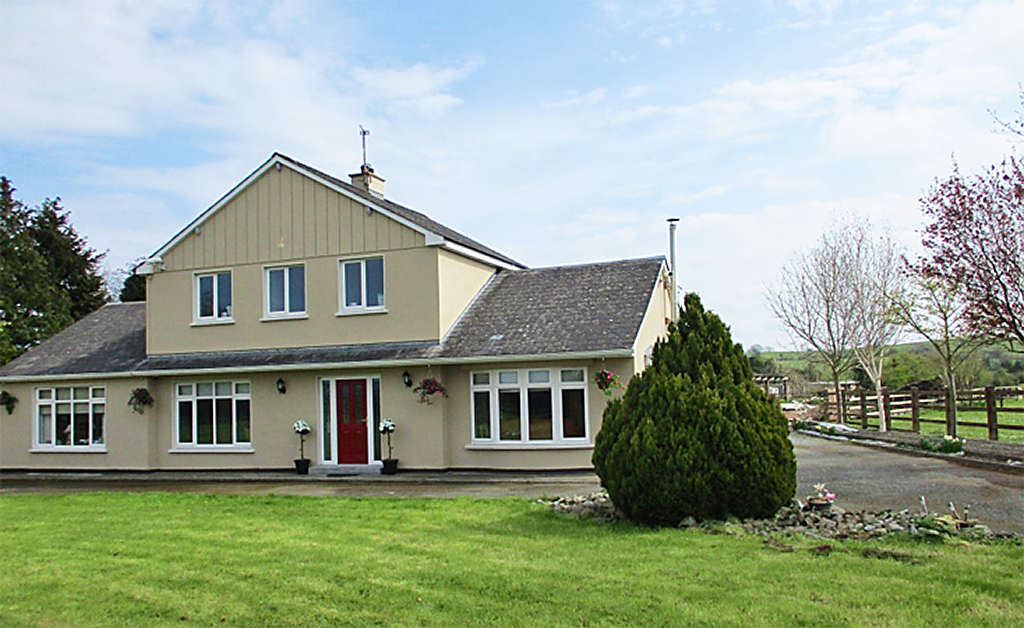 Whitaker Lodge opened in April 2019. We cater for people seeking top class accommodation in comfortable rooms at our B&B.
We have Double rooms, Single rooms, Twin Rooms & a family room for up to 4 people.

The Story of Whitaker Lodge

Whitaker Lodge is named in remembrance of a horse I owned for many years. He was that one horse that most people spend their lives looking for.
Back then in 2006 I was living in my native home place in Brittas Bay, Co.Wicklow. I had quit my job and transformed my house, a 4 bed bungalow, into a Bed & Breakfast. I never liked working in an office and always wanted to get back to my farming roots and dreamed of having lots of horses again like I had done as a kid/teenager.
So as well as starting up my B&B I also went back to horses and teaching people how to ride horses. I had to go back and study and sit numerous BHS exams and HSI coaching exams which was a pain.
Hence Seaview House B&B / Seaview House Equestrian was born! It was a struggle and money was tight. Keith put up 3 blocks of stables and we built an arena. Finding quiet horses & ponies was always a challenge. We went all over Ireland looking for suitable riding school ponies.
One day I saw a horse advertised on The Buy & Sell. He was a good age, but I had to see him. I phoned the lady selling him and arranged to view him the following day. He was in a place called Fore in Co.Westmeath. I had no idea where that was but got to the yard after a couple of hours driving. The second I saw that beautiful chestnut gelding I knew he was going to be one of my school horses. His name already was ‘ Whitaker’ . So at home I went for a hack down the road on Whitaker and just knew he was very special. He was also amazing in traffic, could Jump any fence and was a real stunner standing at 17hh.
This horse was not going to be used in the Riding School; he was my horse now!!

Well we did all the local shows around and started winning plenty of classes in Show jumping, We did Jump cross, Hunting, Hunter Trials, Charity ride outs you name it we were there!!

We spent most summer mornings on the beach just cantering along the 3 miles of the shoreline or walking in the deep blue sea which was amazing aqua therapy for his long legs. He absolutely loved that beach; I know it was his favourite place in the whole wide world. 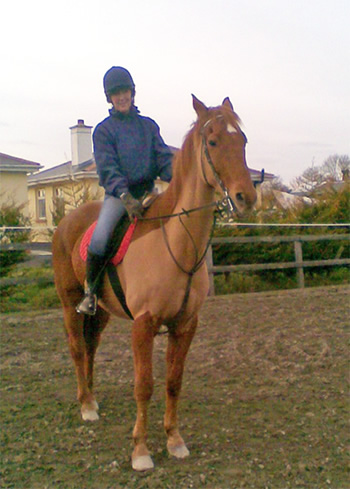 When it was time for him to retire we put him in a paddock with lots of grass, thinking he would be happy there eating and resting. However when lessons were on in our school there he was up standing at the arena railing looking on with a sad look on his face. He wanted to work in the school. I was teaching adults lessons every Thursday and was short of a horse one day so Whitaker was pulled in and tacked up. He was back in business and the lesson was a great success. Anyone that ever had a lesson on Whitaker came back time and time again. The poor horse was flat out working again!! And so it continued for many years. He became the best Pony we ever had in the school. He also did Pony Camps every summer and any child that was tall enough to sit on him got to have Whitaker for the camp. He was incredibly safe with kids and would walk at a slower pace. No one every fell off Whitaker in all the years we had him.

So years were going by fast and he developed a few medical problems including cushing’s disease. It was time to retire him again. So back out in the green field he went and took his daily medication to control his cushings .

Then one winter’s afternoon a lady called Usurla called to inquire about lessons. The following Saturday she arrived for the 9am lesson. We were very busy that day and didn’t have enough horses so Whitaker was brought in as it was just a beginner’s lesson and he was doing well now on his daily meds and looking very strong and fit.  Usurla did amazing on him and absolutely wanted to come again the next week and have a lesson.  Whitaker was back in business again. She knew he was a magic horse and once again he was walking to the beach every week and swimming in the sea with his new best friend.

In 2016 we decided to sell Seaview. It was sold in early 2017. We needed bigger premises with more land. We looked at many properties all over Ireland. Nothing ticked the boxes until one day we went to Co.Westmeath to view a house outside of Castlepollard, In Fore. This house did tick all the boxes. It was a reasonable price with a small farm attached.The new premises was only a few fields away from where we had got Whitaker all those years ago….. Whitaker was going back home to Fore!! …

He had had another health scare in January 2018. Niamh, our lovely vet, had come out to him 3 times that day and his beloved Usurla was with him all day. As it got dark that wet & windy cold January evening we decided the kindest thing to do was to put poor Whitaker out of his misery. Just as Niamh was about to inject him he came back to life, Let out a whinny, jumped up & ran off!!! Niamh just said, we won’t be saying goodbye to that horse just yet. So he got well over the following weeks and in February he travelled back to Fore in Westmeath where we had bought him all those years ago. He travelled very well in the box that night, Keith’s sister Pippa was sending healing to him for the entire journey. He was home.

So the 8th wonder of Fore was back!!

Whitaker spent 7 happy months roaming around the fields here with his beloved pony Drifter. He had so many visitors over them months popping in to visit him. Ula came up several times to see him with lots of carrots. Zoe our BHS instructor from the school drove up to see him, Grainne & John his  previous owners popped in to visit. His dentist Ciaran popped in to do his teeth. His favourite Vet Niamh was in weekly contact and she kept his medication up as required to keep his pain free. He had a great summer in the field.  But as autumn approached and he was probably 33 years old at this stage he decided it was time to leave. On September 4th 2018 at 11am we said out final goodbyes. It was the saddest day for all who knew that horse.

We use cookies to ensure that we give you the best experience on our website. If you continue to use this site we will assume that you are happy with it.OkPrivacy policy